The boatyard frozen in time 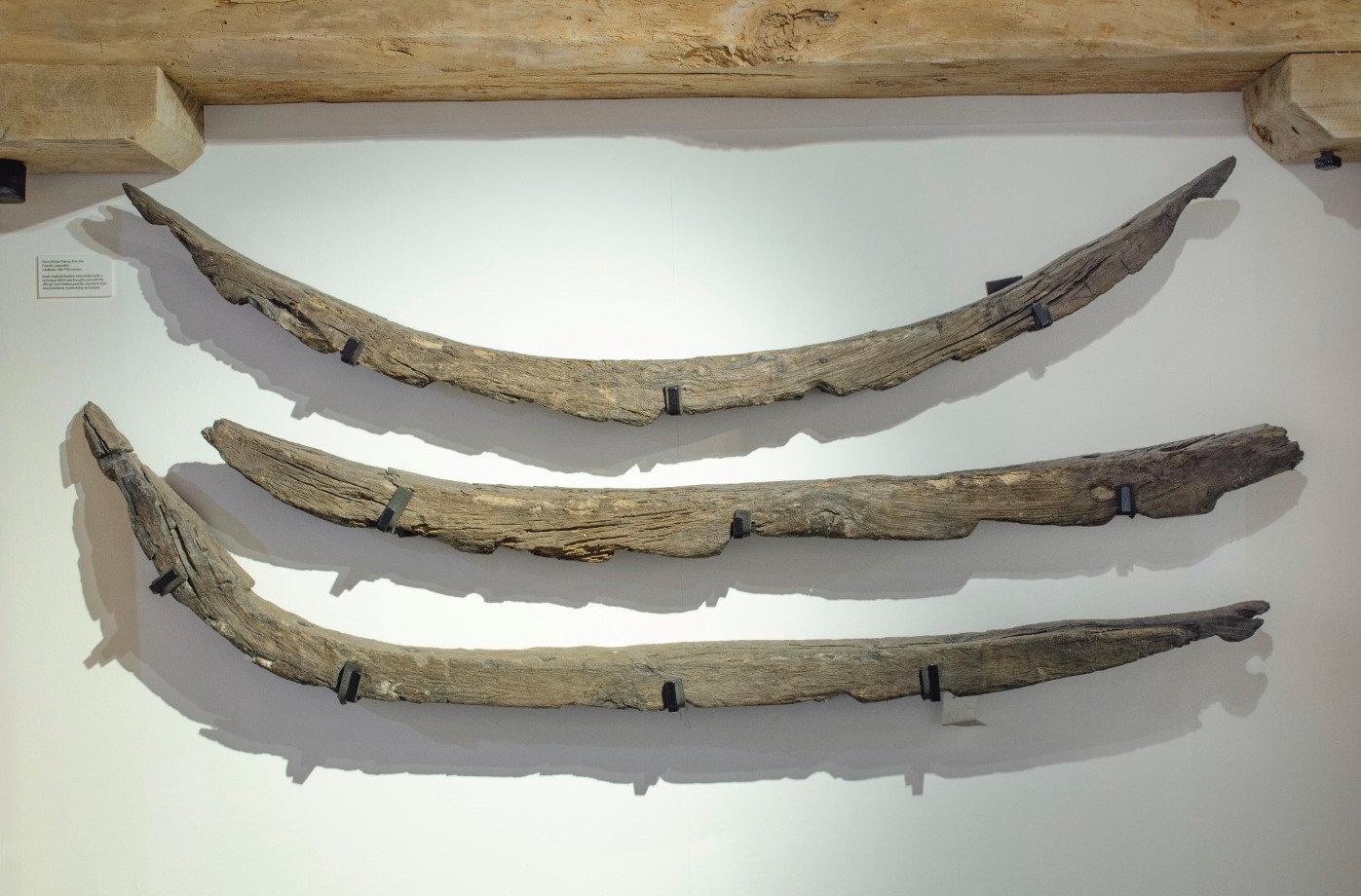 show transcript
Hello, I’m David Watkins, and in 1986/87 I was Site Manager of the Foundry site in Poole.

The opportunity to excavate the Poole Foundry site came when a 19th century iron foundry was demolished in Thames Street in Poole. The site was opposite the parish church of St. James and we were hoping to find evidence of the medieval settlement, as that would often be clustered around the village church.

It wasn’t an easy site to dig, because the water table was extremely high and we had to use high-powered pumps to clear the water from the site. We found the stone foundations of 18th and 19th century buildings, and an early 16th century wall was uncovered – and we know it was a sea wall because it had barnacle shells still attached to it!

We had dug a long trial trench out towards the harbour, so that we could see a cross-section of the layers. At the base of this trench we found a sand layer, and in the layer above we could see a single large piece of wood.

The timber found in the side of the trench was an oddity, but at the time we thought it might just be a piece of driftwood. Just when we were scheduled to finish the excavation we extended the area where the timber was, and found ourselves looking at a gently sloping sand surface, on which was neatly stacked groups of obviously worked timbers. We realised we had something manmade and very different.

It took consultation with archaeologists from the National Maritime Museum before we knew how different that was. The specialists had dated the timbers by the finds associated with them, and come up with a date of early 15th century. So we had an assembly of 15th century ships timbers. According to the National Maritime Museum, at the time that was unique in western Europe.

The great mystery of the site was how these timbers, or why these timbers, were left where they were. Just as large pieces of wood – just as firewood – they would have been very valuable. At the time I thought maybe a storm had washed in so much sand and driftwood and mud from sandbanks and that sort of thing that they were buried and it was just decided leave them. But I also noticed that there was a layer above the timbers that contained burned material.

Now the date of the timbers, at around 1400, ties in nicely with the date of a raiding trip that was made by Spanish and French galleys that was made along the coast of southern England in 1405. This raid, lead by Don Pero Nino, is well documented, and we have an account of how Poole was attacked, and how after bitter fighting the town was set afire. So maybe, just maybe, a cataclysmic attack like that was the reason why we had this unique discovery.

The timbers that we found have been conserved, and can be seen at the Poole Museum, where a reconstruction of the sort of boat that they would have been part of is on display.

The Barber family were not the only shipwrights who worked in this area. Another boatyard was found during development, and excavated by archaeologists in 1986.

One of the odd features of the site was that they found several large oak and elm timbers that were ready to be assembled into boats as keels and supports.

Scientists used cutting-edge technology to analyse the tree ring patterns, including a special program running on an Atari 1040 STF computer with a whopping 1 megabyte of RAM. They estimated that the timbers came from the 15th century, and were from quite young trees. Large timbers like these were useful and expensive items, so why were they left here?

At this time Poole was regularly under attack by French and Spanish raiders, including a devastating assault in 1405 that burned much of the town and took years to recover from.

One theory is that the boatyard was destroyed in one of these raids, leaving the timbers sunk in the mud. As later generations dumped material onto the shoreline to make more space for buildings, the timbers were preserved under a thick layer of earth.

The boatyard is the only archaeological site of its type in Europe, and examination of the timbers gave valuable information about the boatbuilding methods of the time. Some of the surviving items are on display in the Poole Museum, along with the even earlier Iron Age logboat.